Student Martha reviews 'What Dementia Teaches Us About Love'

This book review is by Martha Hodge, a current student on our part-time, online MSc in Dementia. 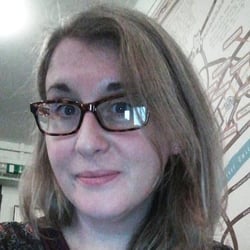 Martha lives in York and alongside studying with us, works full-time as a Specialist Occupational Therapist in the Discharge Liaison Team at an acute hospital trust. She wrote the following book review as part of her assessment for the MSc in Dementia:

Nicci Gerrard’s book, What Dementia Teaches Us About Love (2019) is a deeply personal interrogation of how dementia impacts the lives of those diagnosed and their loved ones. Gerrard is a novelist and journalist whose father, John, died of dementia in 2014.

Her book entwines his story, from the first signs of his memory changing to his eventual death, with the experiences of other people living with or alongside dementia through interviews and research.

Her book is wide ranging, encompassing the difficulties of recognising the early signs of dementia, the effect of receiving a diagnosis, the challenges of providing care for someone you love, the difficulties of maintaining a relationship, how people are affected when their loved one has to leave home to move into a care setting, and the complexities of the care system and how complicated grief can be in the context of dementia.

This review will focus on some of Gerrard’s recurring themes - the impact of language and stigma on the lives of people living with dementia, how dementia affects personhood, and how the lives of people caring for loved ones can be changed by the experience. It will also discuss how Gerrard’s representation of dementia can be viewed in the wider context of dementia research, in particular the ‘Living Well’ agenda.

The impact of language and stigma

Most commonly, Zeiling (2013) found that dementia is described as something ‘huge and ancient’ (260), threatening life and invoking fear. Much of the language employed by Gerrard does little to change this view. Her descriptions of dementia are dominated by images of loss and fear - she describes her book as ‘a journey through...stages of loss’ (9).

Gerrard’s life and career have been shaped by words, and I felt her book is infused with the feeling that what Gerrard finds most frightening about dementia is that it takes away language and words as a means of expression. This is echoed in research. Moniz-Cook and colleagues (2006) found that many people faced with a new diagnosis feared being unable to communicate their wishes clearly, leading to an inevitable loss of their self.

Early on in her book, Gerrard describes dementia as almost an outside force with its own agency: it creeps up on people, encourages secrets and denial, forces people out of their lives, out of their selves.

Throughout the book this does subtly change, and dementia becomes less of a ‘main character’, perhaps echoing Gerrard’s journey from profound fear of what dementia did to her father to an understanding that, whilst he may have died because of dementia, the memories of him as a person live on with her.

This change echoes with me personally - seeing someone I love live and die with dementia was a profoundly scary experience for me at a young age. In many ways, this experience, much like Gerrard’s own, has spurred me on to learn more about dementia, enabling me to see the experiences of my own family and others living with dementia in a new light.

As Batsch and Mittelman (2012) comment, ‘it is unfamiliarity and lack of knowledge that causes fear’ (9), and as Gerrard learns more about dementia throughout her book there is a sense that her fear is reduced.

A recurring theme of Gerrard’s writing is the effect that dementia has on personhood and a sense of self. ...we are made of our memories, but what happens when memories are lost? Who are we then? If we are out of our mind, where have we gone? If we have lost the plot, what happens to the story we are in? (Gerrard 2019, 3).

These questions have preoccupied many dementia researchers for decades and, as Gerrard says, go right to the heart of what it means to be human. I agree with researchers who argue that the modern Western cultural view that to be a person you must be capable, capacious, self-sufficient and productive (and importantly be able to remember to be those things) is very reductive, dismissive of a myriad of truly human experiences, and encourages stigma towards people with dementia (McNess 2017; Walrath & Lawlor 2019).

Book reviews are one of the varied assessment methods used on the University of Hull Online's part-time MSc in Dementia:

As Gerrard discovers in her own examination of the lived experience of dementia, people are able to express themselves and their emotional reality, to think and feel in spite of the effect dementia has on their cognitive functions. As Christine Bryden (2020) writes, from her perspective as someone living with dementia, the loss of neurones does not equate to the loss of humanity.

I firmly believe that recognising this is a fundamental part in the ongoing work to achieve a society in which people with dementia can live fairly. Gerrard’s chapter on the power of the arts is a particularly emotional one for me, as she describes the experiences of sharing in artistic events with people with dementia - Gerrard depicts the arts as a way for people living with dementia to be validated, and to have a voice.

This echoes much of the research about how cultural and artistic experiences can benefit people with dementia, providing positive social opportunities which can help dispel myths about how dementia impacts individuals, thus helping to reduce stigma (Schneider 2018; Thomas & Milligan 2018).

It did strike me whilst reading that her chapter on the arts is possibly the only part of her work in which Gerrard shows that people with dementia can actively enjoy life, rather than struggle, experience loss and generally decline. As Wolverson and colleagues have argued (2016), by framing the positive experiences of people with dementia against this backdrop of negativity and sadness, it is easy to see them as anomalies, rather than an achievable state.

This sense of positive experiences being the exception rather than the rule is also apparent when Gerrard turns to the experiences of those caring for people with dementia, which Gerrard focuses heavily on. She interviews several ‘carers’ throughout the book and includes an interesting analysis of how accurate, or suitable, this title is for those who love someone with dementia.

One such carer is Jenni Dutton, who supported her mother living at home with dementia until she entered a care home and died. Dutton, Gerrard writes, talks about her experience ‘with joy, and with the sense of having received a gift as well as given one’ (171). Gerrard’s inclusion of this viewpoint does reflect the experience of some people caring for a person with dementia - Lloyd and colleagues (2016) found that research into carer experiences include accounts by carers of feeling pride, satisfaction, increased faith and spiritual growth.

In Gerrard’s book, these feelings are very much in the minority - carers she encounters share feelings of boredom, trauma, upset, emotional turmoil and relationship breakdown, emotions which researchers have found common for some carers (Pini et al 2018). Gerrard includes in her book details of her own experience coping with the complicated nature of grief in the context of dementia. Her response to seeing her father quickly deteriorate and die following a lengthy hospital admission was to start 'John's Campaign'.

Hospitals throughout the country have joined this scheme which pledges to ensure people with advanced dementia are allowed carers to stay with them during acute hospital stays. As someone who works in the acute hospital setting, and having seen the terrible results long, disorientating, periods of isolation in hospitals can have on people with dementia, I strongly support Gerrard’s work in this field.

Her book, unfortunately, paints an all too familiar picture of the failings of the NHS for people with dementia. I would be interested to know her feelings regarding this now, in light of the Covid-19 pandemic, which has had a tremendous impact on people living with dementia (Rochford-Brennan & Keogh 2020).

Viewing dementia through a negative lens

A possible criticism of Gerrard’s work is that it does focus heavily on the negatives of the dementia experience, which may be at odds with the concept of 'Living Well'. There were certainly points whilst reading that I felt like contacting Gerrard directly to let her know that life with dementia does not have to be as unremittingly miserable as she paints it to be, although (as discussed above) it would be unfair to dismiss this book as a completely depressing one.

Critics of the 'Living Well' agenda have argued that it is overly positive, and risks denying the reality of suffering which people with dementia and their carers' experience (Bartlett et al 2017). As Harding and Palfrey (1997) argue, if we attempt to view dementia purely through either a positive or negative lens, we risk blinkering ourselves to the realities of human experience.

What Gerrard shows in her book is that life with dementia is complicated and emotionally complex, something which I feel is vital to recognise if we are to provide truly meaningful support to people with dementia, and to those who love them.

Learn what it means to live well with Dementia with the University of Hull's person-centred MSc:

You can view the references for this blog post here.

How can engineering managers deal with post-pandemic challenges?
New film gives students an insight into how people with dementia can live well
MSc Dementia student Lucy on the importance of language