Who are some of the most influential women in engineering?

It's probably no surprise that engineering is still a male-dominated field. While an increasing number of women are choosing to study and work in engineering, there has always been a stark difference in the gender ratio.

The gender problem has been documented for decades and has been a challenge – however, as an increasing number of women enter the field (16.5% in March 2022 as opposed to 10% in 2010 in the UK), it is time to look at the great women of engineering and what they achieved to serve as inspiration for a successful career in the field.

Who are some of the most influential women in engineering?

One of the most inspiring and legendary women of the 20th century hailed from Hull. In 1930, Johnson, an engineer and aviator, was thrown into the spotlight after embarking on her record-breaking flight to Australia, becoming the first woman to make the flight solo. A year before that, she made history as the first British woman to earn a ground engineer’s ‘C’ license. The circumstances surrounding her mysterious disappearance during a flight in 1941 remain unsolved, and her body was never found, but her legacy continues in the accolades, honours and tributes in her name.

Edith Clarke was the first woman to be professionally employed as an electric engineer in the USA. She spent most of her career in General Electric where she invented the Clarke calculator, for which she earned the patent in 1925. She was also the first female professor of electrical engineering in the USA employed by the University of Texas at Austin.

Perhaps one of the most famous women in the field of engineering, after her husband was bedridden by decompression sickness Emily Roebling took over as the chief engineer of the construction of the Brooklyn Bridge. Over a decade, she did the day-to-day supervision, project management, and chief engineer duties while planning the construction with her husband. When the bridge was completed in 1883, she was the first to cross the bridge by carriage.

Hedy Lamarr is often remembered as a movie star of the 1930s/40s, but she was also a gifted engineer! While she had no formal training or education in engineering, she created a remote-controlled communication system for the US military using her frequency hopping theory, due to which today, we have Wi-Fi and Bluetooth.

Jackson isn’t just remembered for being the first black female NASA engineer, but for her dedication to improving the lives of those around her. As a Girl Scout troop leader for over thirty years, a school teacher, and having helped out at her local community centre science club in her youth, she worked tirelessly to inspire the next generation – educating them on black scientists and career opportunities. Later, she managed programmes to improve the hiring and promotion of women in NASA. Her efforts were finally recognised in 2019, when she was posthumously awarded the Congressional Gold Medal.

The Countess of Lovelace was a 19th century writer and mathematician, often considered the world’s first computer programmer. A close collaborator with Charles Babbage, she envisaged the potential of a ‘computing machine’, which “might act upon other things beside number” after writing the first algorithm for a steam powered machine to solve mathematical problems.

After the First World War, women were expected to give up their engineering jobs, for returning soldiers to take. A group of seven women formed the Women’s Engineering Society in 1919, with mechanical engineer, Rachel Parsons as its founding President. Created to support the rights, training, and opportunities of women in engineering, the society is still an influential professional body today, launching the International Women in Engineering Day in 2014. 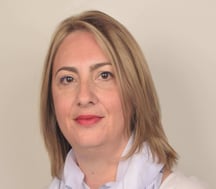 The Hull MSc in Engineering Management

We’re fortunate enough to have Dr Angeliki Papasava at the University of Hull, who brings a wealth of knowledge and experience to her role as Programme Director on the MSc in Engineering Management (Online).

Aside from running her own IT company, leading consortiums, speaking at conferences, and representing Greece as a member of the Hellenic Federation of Enterprises’ Women in Leadership Committee, Dr Papasava works as a visiting professor at universities across Europe, as well as many other influential positions around the world.

How can an MSc help me succeed in the industry?

The University of Hull Online offers an MSc in Engineering Management that can help you get ahead in a competitive environment.

This part-time online course offers an understanding of emerging management concepts, management principles and practices, commercial and logistics awareness, and management tools like Agile and Prince2 – all of which are necessary to succeed.

If you’re interested in combining your engineering experience with management to grow in your workplace, check out Hull Online’s MSc in Engineering Management:

Top challenges for the logistics and supply chain industry
Who are some of the most influential women in engineering?
Creative Writing graduate wins the W&A Working-Class Writer's Prize