The Climate Crisis: No More Easy Answers for Business

How will modern, globalised companies respond to the climate crisis in a meaningful way? Logistics and supply chain expert Dr Richard Farr examines how climate change could drive business policy in the future.

This post is by Dr Richard Farr, Programme Director for the University of Hull's online MSc in Logistics and Supply Chain Management. His research interests include the sustainable supply chain, life cycle analysis, discrete event simulation and the aerospace industry.

Here, he writes about the impact of the COP26 conference for business:

Back in 1971, Americans began seeing a TV advertisement from an organisation called Keep America Beautiful, Inc. “People start pollution. People can stop it,” was the message, delivered in a film that showed a native American paddling a canoe through increasingly polluted waters and then standing beside a highway where somebody in a passing car threw out a bag of litter that landed on his feet.

A powerful message? Perhaps – but everything about it is fake. The native American paddling the canoe and then crying a glycerin tear was an actor, of course… but he was an Italian actor.

More importantly, Keep America Beautiful, Inc. wasn’t an environmental organisation at all, but an alliance of major drinks and packaging manufacturers. The advertisement wasn’t really aimed at persuading people not to drop litter, but to persuade everyone that the dropping of litter was the problem.

It wasn’t. Look to the source and it becomes apparent that the mass production of single-use packaging is the problem. This was the time when refillable glass bottles and deposit schemes were disappearing: framing the problem in terms of ‘littering’ put the responsibility on the individual, rather than on companies that had chosen single-use packaging.

If you can control the narrative, with slick marketing and the deep pockets of a successful megacorporation, you get to rephrase problems and they disappear! It’s like magic!

This was nothing new: the same modus operandi was used back in the 1930s when a road safety campaign warned people against “jaywalking” – crossing the street without care and attention. A laudable goal… but who, in the earliest days of the automobile, decided that the middle of every street belonged to motorised vehicles and not to people?

The car manufacturers decided the issue, through a duplicitous campaign that appeared to educate people about the dangers of walking in the street, but actually cemented a land-grab in which a vast network of very valuable public property became the province of the car.

Again, when you control the narrative, you frame the argument on your terms. This is how you get to keep polluting, building in planned obsolescence, putting people on zero-hours contracts, or whatever other questionable business practices you care to employ – and it’s our fault: in a word where companies are legally obliged to maximise shareholder value, we shouldn’t be surprised when this is what they do.

Don't miss Richard Farr's post on why the knife-edge is the new normal for global supply chains:

For thirty years or more, we’ve allowed companies to select their own environmental responses and to choose how they report on them. The result has been a welter of different measurement regimes that make it hard to compare one company with another or even to make sense of a single company’s progress, year-on-year.

Companies’ ability to obfuscate is being eroded, though, as the climate crisis looms large. Contribution to climate change is (almost) the only metric that people are talking about now – with the notable exception of Volkswagen’s ‘Dieselgate’ scandal, which was about nitrogen oxides. Sad but true: in taking back cars and fixing their NOx emissions, Volkswagen Group will have improved inner city air quality while actually making each vehicle’s contribution to climate change greater.

This week, delegates found themselves struggling to reach the COP26 climate conference, due to extreme weather. Humanity’s contribution to climate change is becoming hard to ignore and perhaps, at last, we’ll see an end to companies’ proud declarations such as “this year we recycled 15% more paper!” (which implies that recycling is virtuous, where in reality it’s damage limitation at best, after the waste has been generated). But if climate truly drives policy… what does that mean? 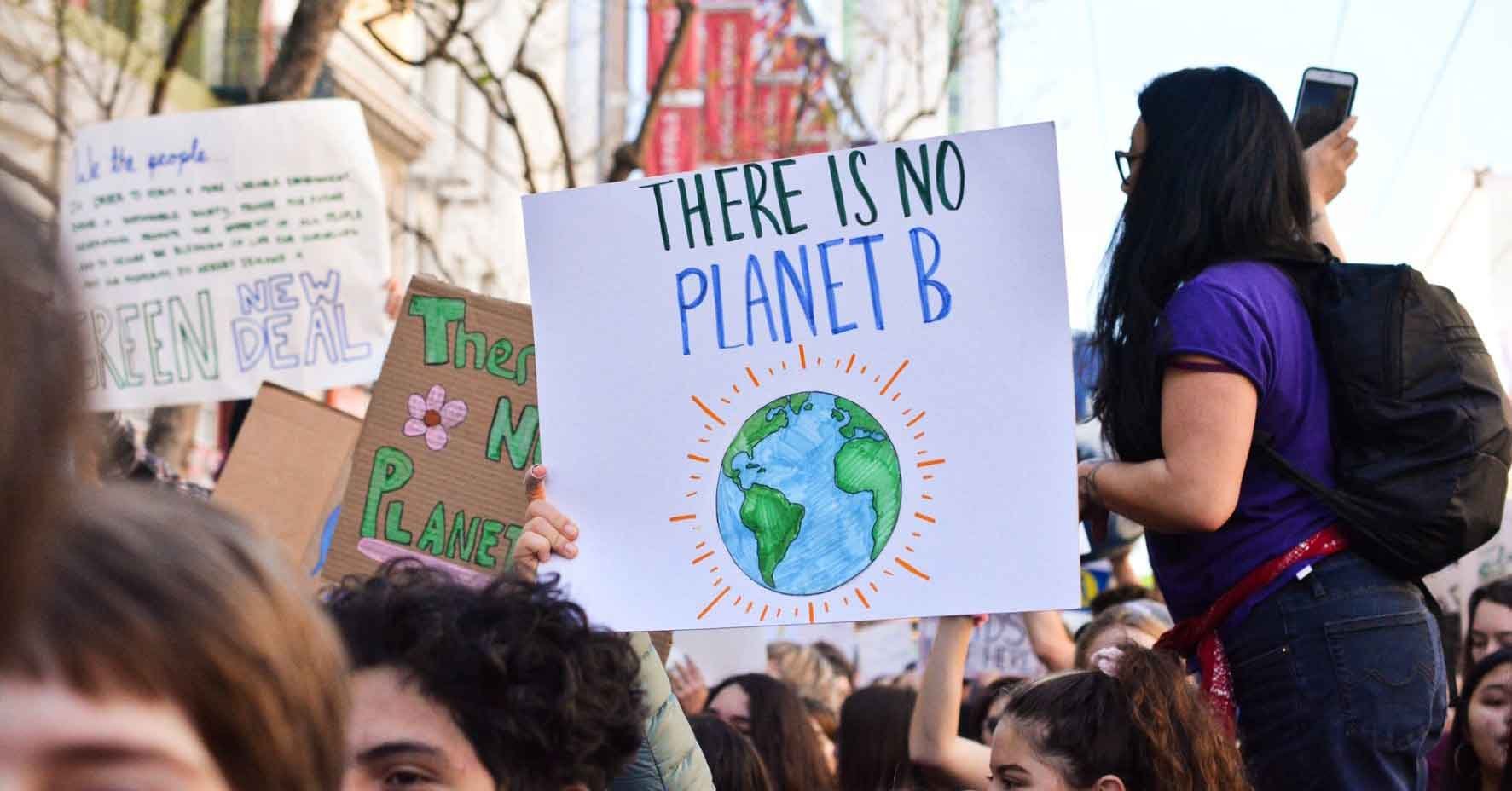 Does ‘Putting a Price on Carbon’ Work?

Canada shows one possible future: under Prime Minister Justin Trudeau, companies have had to adapt to an escalating price on carbon emissions, rising $10 per tonne per year for the last five years – and another $15 each year from now on.

This kind of ‘tax and spend’ policy will work… but only if governments manage to spend the taxes raised on useful things that lead to genuine climate-themed improvements, rather than just pouring the extra revenue into general expenditures.

How will companies respond, if an escalating price on carbon becomes widespread? The playbook for manufacturing illustrates the typical response: when polluting becomes expensive, you offshore the pollution. You have things made in far-away places where regulations are weak or non-existent – and a glance at who isn’t attending COP26 shows which countries intend to continue to offer a safe haven for polluters.

To-date, offshoring has been a good way to ensure “business as usual”… but if developed nations are making less and buying more, that means bringing more things from further away. What about the emissions from transportation, then?

For the modern, globalised business, this may well be the Achilles’ heel. Fuel for vehicles is just too readily associated with emissions: 0.07375 kg CO2e per tonne-kilometre, for a fully laden heavy goods vehicle, says DEFRA’s latest figure, for example. (You know that some thought has gone into all this, when they give you a figure to five decimal places…)

The trouble is, taxation on fuel is an astonishingly blunt instrument – and a real vote loser, too. Remember, the people who decide things at COP26 are politicians: their own future looms large in their calculations.

Citizens buy fuel, too – and a tax that makes transportation more expensive makes almost everything we buy more expensive. Another problem is that there’s no viable alternate behaviour to incentivise: electric road vehicles aren’t nearly good enough yet and railway networks are operating near peak capacity so we all keep on polluting, citizens and businesses alike.

Examine the sustainability challenges global businesses face and share your experiences with other practitioners as a student on our MSc in Logistics and Supply Chain Management. Choose from three start dates a year:

Our one, shared planet

In 1833, British economist William Forster Lloyd discussed a situation where a group of individuals, despite acting rationally and in self-interest, could bring about an outcome that ultimately left them all much poorer. (Later, American ecologist Garrett Hardin would call this the “tragedy of the commons.”) The model describes overgrazing on common land, with each person attempting to grow their own income until everything is ruined and the whole system collapses.

We’re no longer concerned with a patch of grassland, though: the commons being discussed at COP26 is the atmosphere of our one, shared planet. Over to you, Boris.